Introduction
Westlake Village is a community which straddles the Ventura and Los Angeles County line, encompassing all of the area surrounding the lake at Westlake, and neighborhoods North of the 101 freeway as well. A portion of the community is located in Thousand Oaks, in Ventura County. The incorporated portion of Westlake Village, is a city located in Los Angeles County, California, USA. The population was 8,368 at the 2000 census. This city located in the Conejo Valley, is known for its affluence and secluded character, and is considered one of the wealthier communities in the Greater Los Angeles Area.

The original community was divided by the Los Angeles and Ventura County boundary and known simply as "Westlake." In the late 1960s/early '70s, the Ventura County portion, or roughly two-thirds of the community, was annexed by City of Thousand Oaks; in 1981, the remaining third eventually incorporated as the City of Westlake Village. Information in this article applies primarily to the latter incorporated area.

Despite the fact that this community is located in two different counties, and different city governments, most of the residents feel like they belong to one unified, well planned neighborhood. The whole community was planned and built by the same builder as one friendly community, regardless of any legal boundaries that separate it. 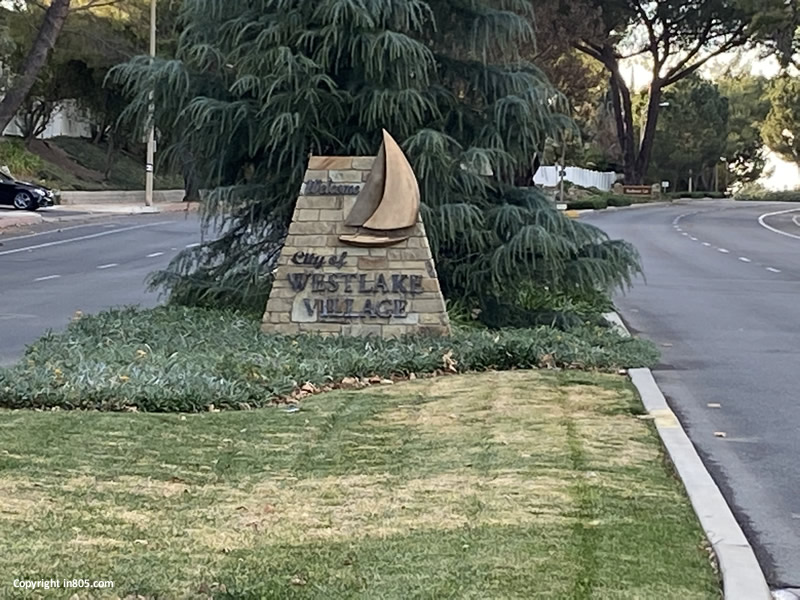 History
About 3,000 years ago, Chumash Indians moved into the region and lived by hunting rabbits and other game, and gathering grains and acorns. On-going excavations, archaeological sites, and polychrome rock paintings in the area provide a glimpse into the social and economic complexity of the ancient Chumash world. In 1770, Captain Gaspar de Portola led a party of Spanish explorers and missionaries, traveling north on the route that became known as El Camino Real.
The party camped near a Chumash village, believed to be the site of present-day Westlake Village. Father Juan Crespi, chaplain and diarist of the expedition, wrote: “We are on a plain of considerable extent and much beauty, forested on all parts by live oaks and oak trees, with much pasturage and water.”

When the Spanish finally did settle the area, they were given huge land grants, the largest of which was Rancho Simi, given to the Pico family. When Mexico won independence from Spain in 1821, California became Mexican territory, and a few more land grants were given. When California was admitted to the union in 1850, most of the land that later became Ventura County was divided among only 19 families.
The picturesque future Westlake Village site among rising knolls, arroyos, barrancas and ancient oaks was recognized as the central part of two Mexican land grants: Rancho El Conejo and Rancho Las Virgenes. In 1881, the Russell brothers purchased a large portion of the land for cattle ranching. According to Patricia Allen, historian and family descendant, Andrew Russell beat the competition in buying the land by racing across 6,000 acres (24 km²) on a fifteen-minute trip in a buckboard and sealed the deal with a $20 gold piece. The price per acre was $2.50.
The area continued to be known as the Russell Ranch although it was sold in 1925 to William Randolph Hearst and again in 1943 to Fred Albertson. The Russell family leased back part of the land to continue its successful cattle ranch operation while the Albertson Company used the vast area as a movie ranch. Many movies and television shows were filmed here, including “Robin Hood,” “King Rat,” “Laredo,” and various episodes of “Tarzan,” “Buck Rogers,” “Gunsmoke,” and “Bonanza.”

In 1963, the American-Hawaiian Steamship Company bought the 12,000 acre (49 km²) ranch for $32 million and, in partnership with Prudential Insurance Company, commissioned the preparation of a master plan for a “city in the country.” Prominent architects, engineers, and land planners participated in designing the new community, a prominent example of planned 1960's-style suburbanism.

Geograpgy
Much of Westlake Village is surrounded by open space, including hiking and horse trails, as well as the vast Santa Monica Mountains National Recreation Area. The town borders the Malibu hills, and is nine miles (14 km) inland from the Pacific Ocean. Coastal breezes seep through canyons to allow Westlake to stay up to 10 degrees cooler and considerably less smoggy than nearby San Fernando Valley during the summer months.

In addition to its role as a bedroom community for Los Angeles via the Ventura Freeway, it is also home to many large commercial offices and the headquarters of the Dole Food Company, Pleasant Holidays, K-Swiss, ValueClick and J.D. Power and Associates. The Ventura Freeway, is one of three of Westlake's lifelines to Los Angeles and Ventura, which include Pacific Coast Highway, and the 118 Freeway. It is a short drive to the nearest mall in Thousand Oaks. 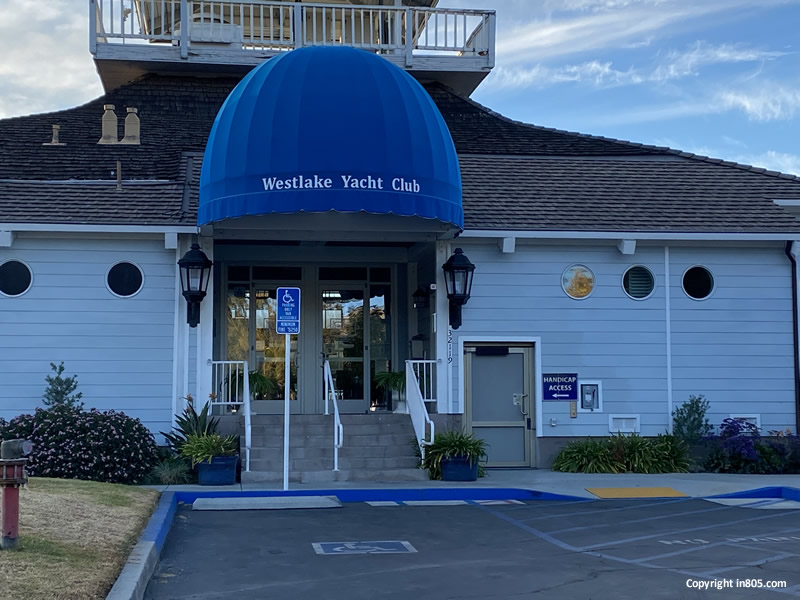 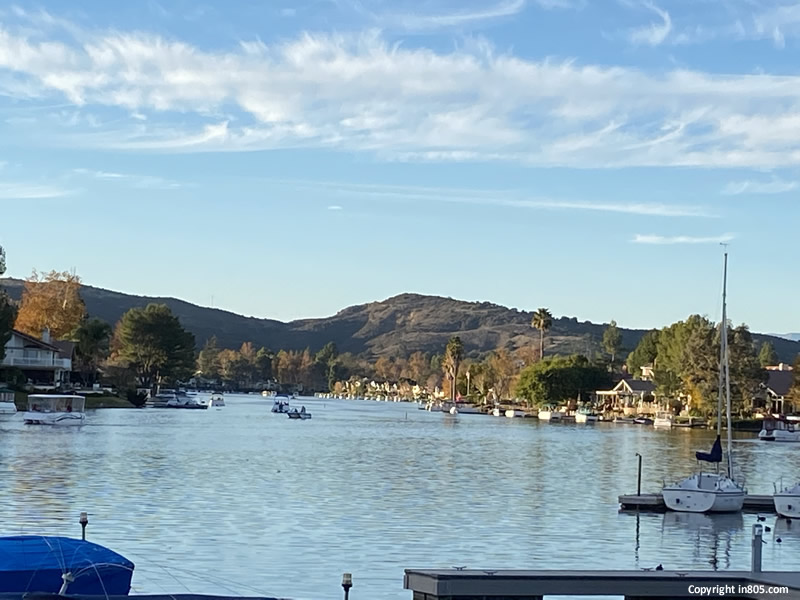 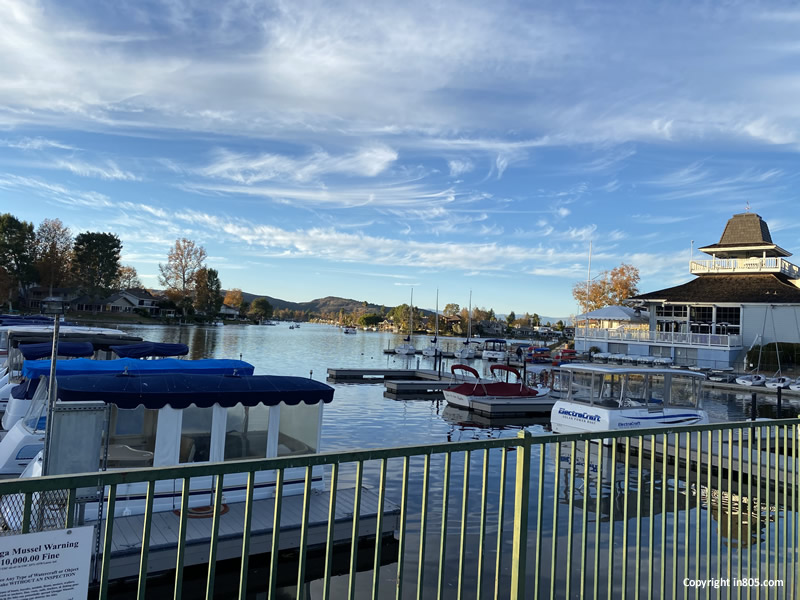 Located at the Lindero Canyon exit of the Ventura (101) Freeway, the center is anchored by Target and adjacent to one of the highest volume Costco stores in Los Angeles County and the Four Seasons Hotel Westlake Village, providing exceptional visibility, strong local patronage patterns and high traffic counts.

With architecture reminiscent of a European village, trellis covered pedestrian walkways, a dramatic water feature and patio dining and lounge areas, Shoppes at Westlake Village will be a place to meet and gather with family and friends as well as a place to shop.

Westlake Village has attracted a diverse group of corporate headquarters, including K-Swiss, Guitar Center, Inc. and Dole Food Co. These and other businesses within 10 minutes of the center provide a daytime population of 114,000, whose spending potential is over $300 million per year.

Shoppes at Westlake Village is scheduled to hold its grand opening in the Summer of 2014.