Incorporated in 1866, the city of San Buenaventura (usually referred to as Ventura) is the county seat of Ventura County, California. Ventura has a population of 106,744. Ventura is accessible via U.S. Route 101, State Route 33, and State Route 126.

Father Junípero Serra founded Mission San Buenaventura in 1782, forming the basis of what would become the city. On July 6, 1841, Governor Juan Bautista Alvarado granted the 4,694 acre (1,900 ha) Rancho San Miguel to Felipe Lorenzana and Raimundo Olivas, whose Olivas Adobe on the banks of the Santa Clara River was the most magnificent hacienda south of Monterey. 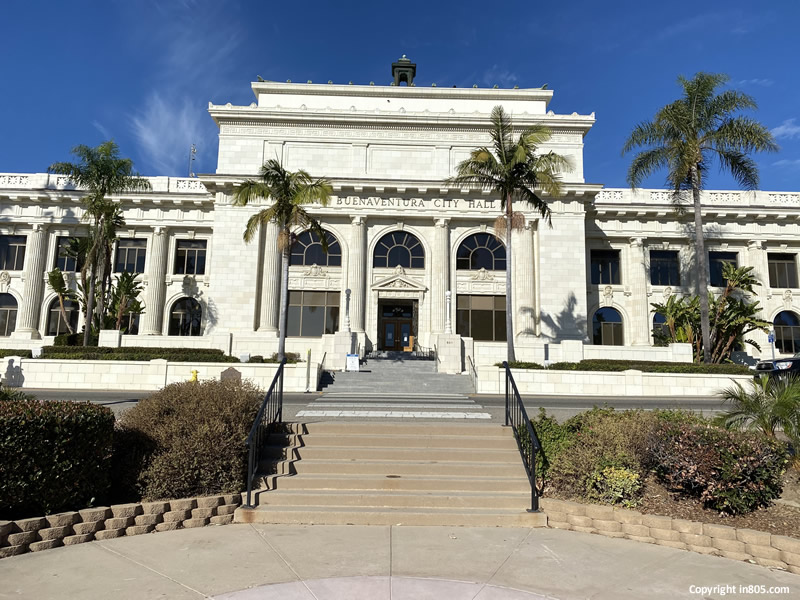 After the American Civil War, settlers came to the area, buying land from the Mexicans, or simply as squatters. Vast holdings were later acquired by Easterners, including the railroad magnate, Thomas Scott. He was impressed by one of the young employees, Thomas R. Bard, who had been in charge of train supplies to Union troops, and Bard was sent west to handle Scott's property.

Not easily accessible, Ventura was not a target of immigrants, and as such, remained quiet and rural. For most of the century which followed the incorporation of Ventura in 1866, it remained isolated from the rest of the state.

July 4 celebration in Ventura, 1874. Parade Marshall is Thomas R. Bard.Bard is often regarded as the Father of Ventura and his descendants have been prominently identified with the growth of Ventura County. The Union Oil Company was organized with Bard as President in 1890, and has offices in Santa Paula. The main Ventura oil field was drilled in 1914 and at its peak produced 90,000 barrels a day. The city is located between the Ventura River and the Santa Clara River, leading to soil so fertile that citrus grew better here than anywhere else in the state. The citrus farmers formed Sunkist Growers, Incorporated, the world's largest organization of citrus production.

From the south, travel by auto was slow and hazardous, until the completion of a four-lane expressway (US Highway 101) over the Conejo Grade in 1959. This route, now further widened and improved by 1969, is known as the Ventura Freeway, which directly links Ventura with the Los Angeles metropolitan area. Another route, US Highway 101 ALT (now the Pacific Coast Highway) traveled along the coast from Santa Monica via Oxnard, but was not heavily used.

From the north, entrance was by way of a single road along the beach and stagecoach passengers either had to wait until low tide when the horses could cross on the exposed wet sand, or go up the Ventura River Valley and then cross over the mountains to Santa Barbara via Casitas Pass, a long and difficult trip.

Inland, Ventura was hemmed in by (what is now) the Los Padres National Forest, composed of mountainous country and deep canyons. This route became passable with the completion of the Maricopa Highway in the 1920s. 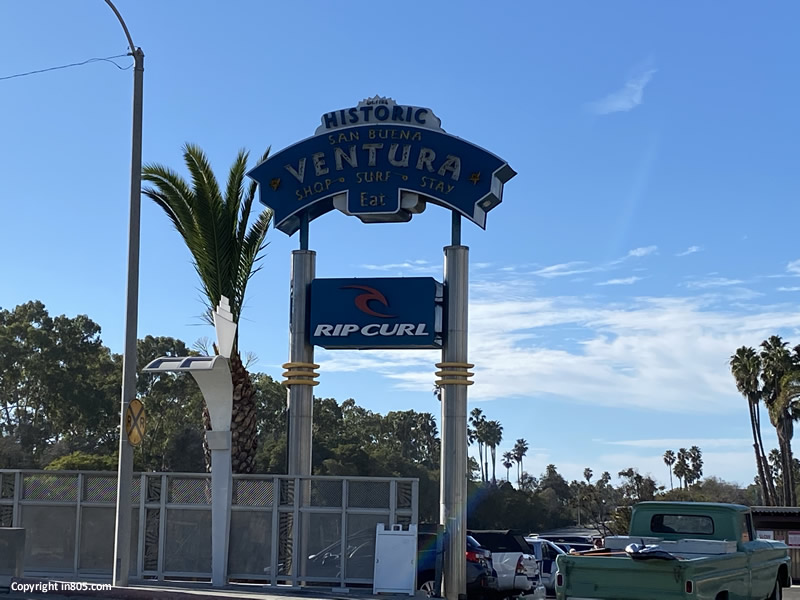 Ventura has some of the best surfing in Southern California, especially Surfer's Point. Downtown Ventura is home to the Mission San Buenaventura, museums, galleries, dining, and shopping. Primary areas of activity include California Street and Main Street between Ventura Avenue and Fir Street. Located in downtown is the historic Ortega Adobe, home to the Ortega family, now famous for their chile products. Numerous thrift stores contrast with high-end shops and restaurants. Downtown Ventura is also home to the Ventura's ornate city hall building with its signature statue of Junipero Serra.

One of the most recognizable land marks in Ventura is a site known as two trees. These are two lone trees that stand on a hill and can be seen from most of Ventura.

In Plaza Park (Chestnut and Santa Clara Streets, downtown) one of the nations largest Morton Bay Fig Trees is marked with an historic plaque. Across the street is the main post office which houses WPA murals on its interior walls.

Ventura's fairgrounds are also the home of the Ventura County Fair, and over the years has hosted such acts as Jimi Hendrix, The Grateful Dead, and Smokey Robinson.

The Olivas Adobe, one of the early California Rancho homes, is operated today as a museum and performing arts venue. Located adjacent to the Olivas Park Golf Course, the home is one of the most visited historic sites on the central coast. Living history reinactments, demonstrations of Rancho life, and wonderful ghost stories abound. A summer music series of performances held in the old home's courtyard feature an eclectic assortment of artists from blues to jazz to country.

The home of race car driver Cory Kruseman can be found here. As well as Ventura Raceway, an oval dirt track.

Many films including Swordfish, Little Miss Sunshine, Chinatown and Erin Brockovich were partly filmed in Ventura.

Downtown Ventura also hosts the Majestic Ventura Theater, a beautiful early century theatre, which is situated about two blocks away from city hall. It serves as a venue for concerts. The theater has seen many bands such as The Doors, Van Halen, X (U.S. band), Paramore, She Wants Revenge, Pennywise, Social Distortion, Bad Religion, Fugazi, Incubus, and Modest Mouse, as well as local artists such as Bruce Kimmell, Gregory Hillman and Big Bad Voodoo Daddy.

The headquarters for Patagonia is located downtown, and there is an organic clothing retailer on Main Street called Korazon Organics and the eco-designer Stewart+Brown has their factory just a few blocks from the ocean. 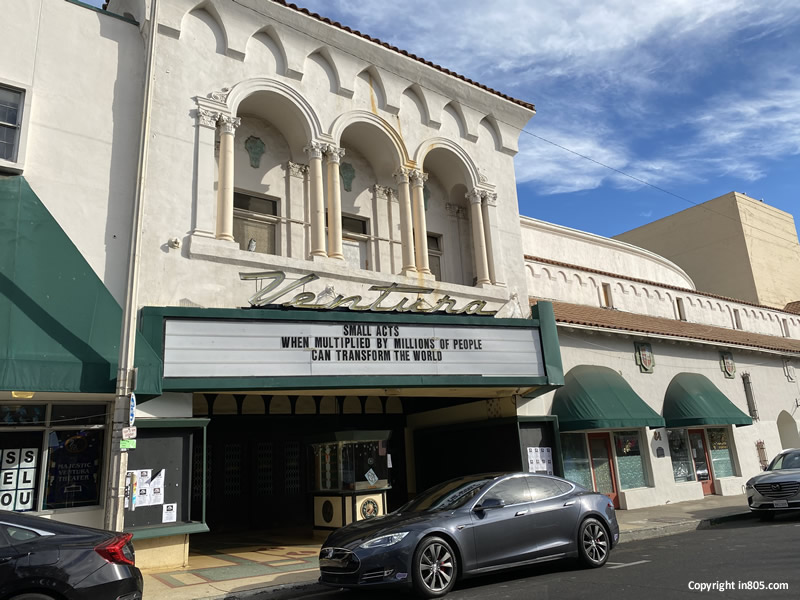 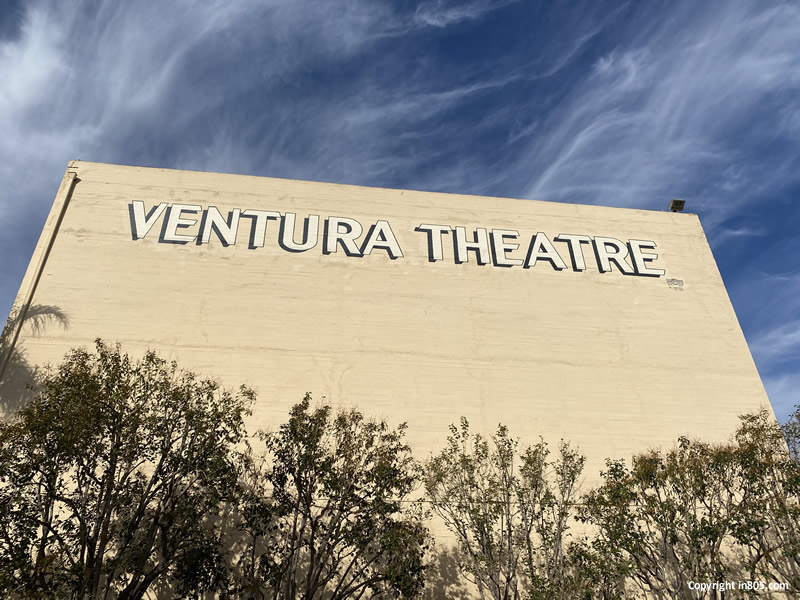 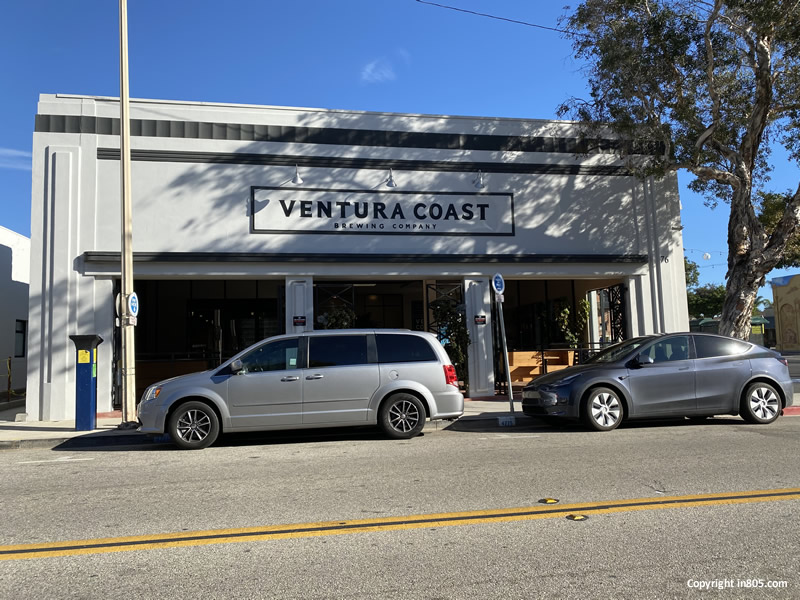 Ventura City Hall There were 38,524 households out of which 32.1% had children under the age of 18 living with them, 49.2% were married couples living together, 11.7% had a female householder with no husband present, and 34.5% were non-families. 26.5% of all households were made up of individuals and 9.7% had someone living alone who was 65 years of age or older. The average household size was 2.56 and the average family size was 3.12. 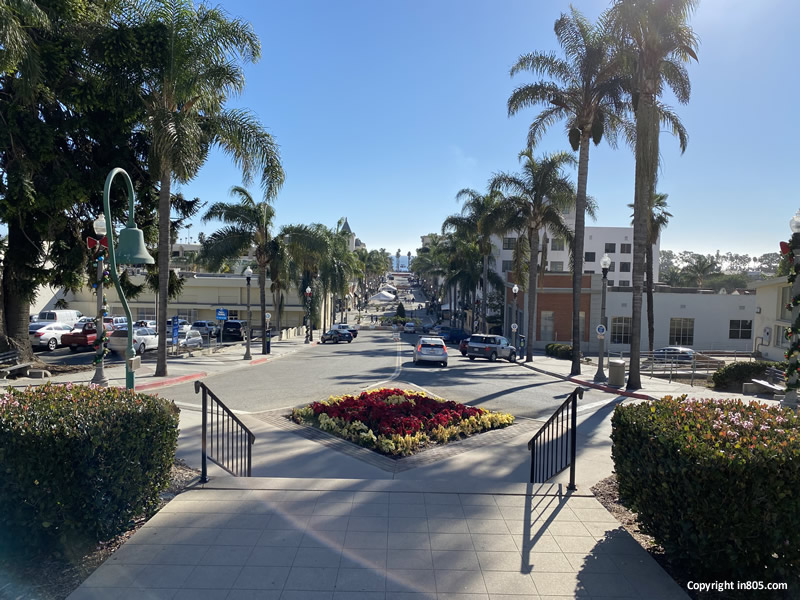 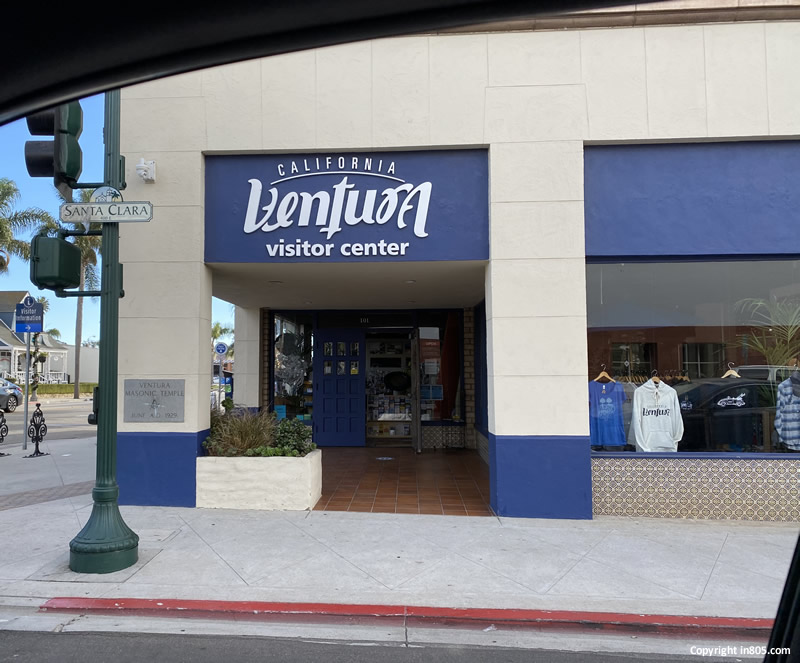 Things to do in Ventura California:

Source (in part): Wikipedia.com - All text is available under the terms of the GNU Free Documentation License.