According to niche.com the city of Thousand Oaks has an "A" overall grade, which is comprised of ratings for public schools, crime & safety, housing, nightlife, good for families and diversity.

Thousand Oaks, commonly referred to as "T.O." by residents, is a city in southeastern Ventura County, California, in the United States. It was named after the many oak trees that grace the area, and the city seal is adorned with an oak.

The City of Thousand Oaks along with Newbury Park were part of a master planned city, created by the Janss Corporation in the mid-1950s. It included about 1,000 custom home lots, 2,000 single-family residences, a regional shopping center, 200-acre industrial park and several neighborhood shopping centers. Today, real estate in the area is very expensive, with median home prices around $770,000. It is located in the Northwestern area of the Greater Los Angeles Area. The city was recently named one of Money Magazine's Best Places to Live. 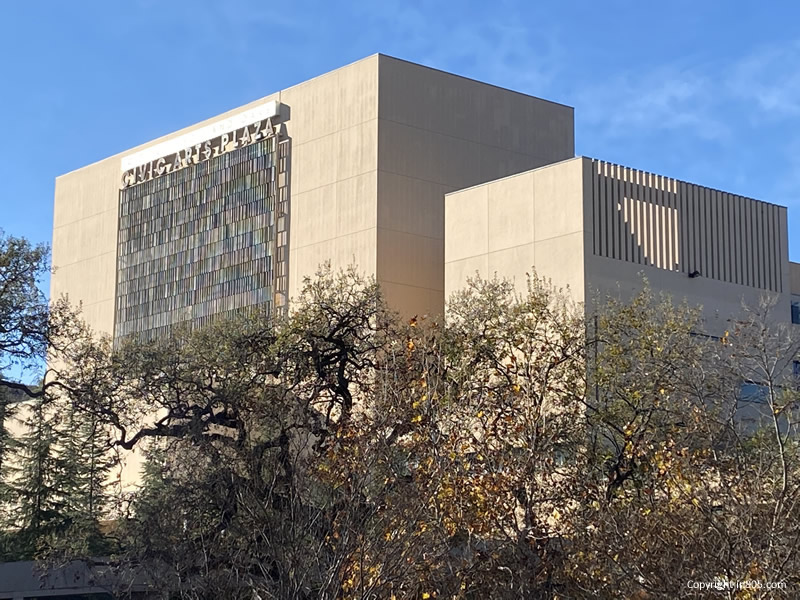 The area was once occupied by the Chumash people, and 2000-year old cave drawings may still be seen at the Chumash Interpretive Center, in the Lang Ranch section of the city.
The area's recorded history dates to 1542 when Spanish explorer Juan Rodriguez Cabrillo landed at Point Mugu and claimed the land for his country. It eventually became part of the 48,671-acre (197 km²) Rancho El Conejo land grant by the Spanish government, thus becoming the basis of the name Conejo Valley (conejo means "rabbit" in Spanish, and there are many in the area). It served as grazing land for vaqueros for the next fifty years.
In the late 19th century it was on the stagecoach route between Los Angeles and Santa Barbara. The Stagecoach Inn was built in 1876, and is now a California Historical Landmark and a popular museum.

The Janss Family, developers of Southern California subdivisions, purchased 10,000 acres (40 km²) in the early 1900s. They eventually created plans for a "total community" and the name remains prominently featured in the city.

Jungleland USA was one of Southern California's first theme parks. Wild animal shows entertained thousands in the 1940s and 1950s. Many TV and movie productions used the park's trained animals and were filmed there, including Birth of a Nation, Tarzan, and The Adventures of Robin Hood). The Thousand Oaks Civic Arts Center today stands on the site of the park. 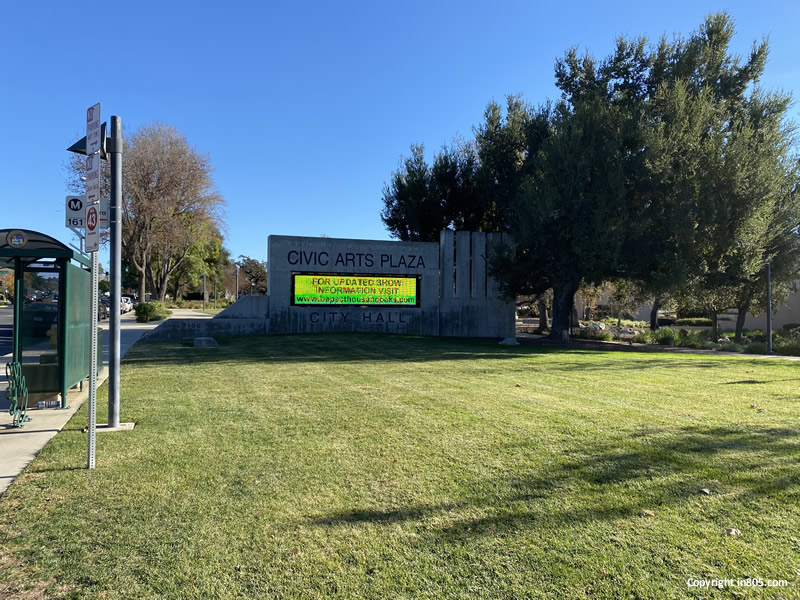 The City of Thousand Oaks was incorporated on September 29, 1964. It is known for being entirely a planned community, as the city is one of few that have actually stayed with the master plan. As a result, the city has fewer of the problems of other cities of similar size, such as traffic congestion and pollution, although the 23 freeway can become heavily congested during rush hour. Because of its desirable environment and location, property values have appreciated more than 250% in less than ten years, primarily during the mid-90s to early 2000s.

Newbury Park is an area in the most western part of the city. This area is the Thousand Oaks 91320 zip code. This area was once controlled by Ventura County as an unincorporated area, but was later annexed by the City of Thousand Oaks through votes by Newbury Park communities. The only community that chose to remain a county area, Casa Conejo, was Newbury Park's first planned community built from 1960 to about 1965.


Although Thousand Oaks has a downtown area (focused around the Janss Marketplace mall, The Oaks mall, and W. Thousand Oaks Blvd.), a large portion of the city's inhabitants live in suburban communities a distance from the commercial centers of the city. The large housing districts near Lynn Road to the north and west are an example of this sprawl, despite attempts by Ventura County planners to reduce it.

There were 41,793 households out of which 37.3% had children under the age of 18 living with them, 62.4% were married couples living together, 8.7% had a female householder with no husband present, and 25.4% were non-families. 19.6% of all households were made up of individuals and 7.1% had someone living alone who was 65 years of age or older. The average household size was 2.75 and the average family size was 3.15.

Thousand Oaks has the 11th highest per capita income and the 4th highest median household income in the nation (against all other cities with a population of 50,000 or more).

Thousand Oaks is well known for being among the safest large cities in the nation. The city consistently ranks as the first or second safest large city (population between 100,000 and 499,999) in the United States in annual surveys (the main competition being nearby Simi Valley, as well as Mission Viejo in Orange County, California).

Thousand Oaks is one of the few cities of over 100,000 that does not directly elect its mayor; rather the council members take turns rotating into the position. Amongst former members of the city's council is the late Ed Masry, attorney and activist. Masry achieved recognition beyond his own community when Albert Finney portrayed him opposite Julia Roberts in the 2000 Academy Award-winning film, Erin Brockovich.

Today the city boasts a very active, and historically "slow growth"-minded city council. Along with the ordinances protecting the numerous oak trees, the city's leaders and residents alike boast of the ring of protected land, free from development, that surrounds the city's borders and which may account for the accelerating land values in recent years. More than 14,000 acres (57 km²) have been designated as "open space" containing more than 75 miles of trails. Ironically, the most recent commercial development in the community that adjoins the Civic Arts Center, known as "The Lakes" destroyed a grove of old growth oaks, although great pains were taken to relocate the larger specimens. The continued existence of the well known "open space" around Thousand Oaks will likely be at issue in the future, as scarce land comes under development pressure that accompanies the rising population and general demographic trends in the area.

The Republican Party often holds meetings during presidential and gubernatorial campaigns in a building adjacent to the City Hall.

The city's economy is based on a small range of businesses, with biotechnology, electronics, automotive, areospace, telecomunications, healthcare, and financing occupying most of Thousand Oaks's employment sector. GO West Events and Multimedia, Amgen, Baxter International, General Dynamics Corporation, Jafra Cosmetics, J.D. Power and Associates, and Rockwell International offer many high-tech jobs and have corporate headquarters in the city, while Countrywide, Verizon, Verizon Wireless, Volkswagen, Audi, General Motors, and WellPoint manage regional offices. The city was also the former home to the corporate offices of Wellpoint and GTE, which later became Verizon, which relocated in the last decade. As the city is usually considered a suburb, many residents also commute to neighboring Los Angeles. 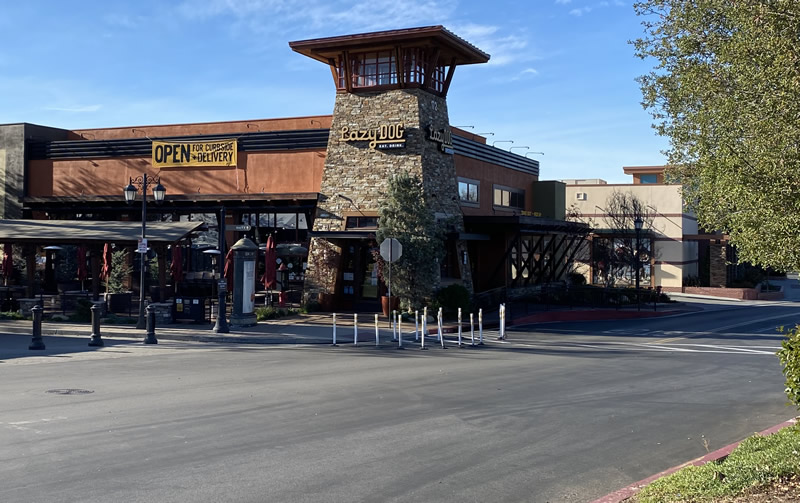 Currently, Thousand Oaks is undergoing numerous renovations and development. State Route 23 is in the process of being expanded to a six-lane highway, U.S. Route 101 is being upgraded, The Oaks Mall is being expanded by the Macerich Company, and the city has plans to renovate the old Downtown, near the Civic Arts Plaza on Thousand Oaks Blvd.

New homes are also being built in certain areas of the city, primarily the area north of California Lutheran University and the area around Newbury Park. However, some residents object to further development due to the destruction of open space, for which Thousand Oaks is well-known. Land value is very high in much of the city, which puts pressure on future plans for current open space.

The Thousand Oaks Library system is consistently ranked as one of the best public libraries in California. The Library consists of the Grant R. Brimhall Library in Thousand Oaks and the Newbury Park Branch Library in Newbury Park. A 22,000 square foot Children's Library was added to the existing 62,000 square foot main building in June 2006. The Children's Library expansion resulted in an improved Children's Services area, a 3800 gallon salt-water aquarium, quiet study rooms, a technology training room, a Children's programming room, and additional seating and shelving capacity for both the Children's services area and Adult services area. Both the main library and Newbury Park Branch offer free wireless internet access.

In professional sports, the city is home to the Sherwood Country Club, a world-class golf course designed by Jack Nicklaus. The course hosts an annual golf tournament hosted by Tiger Woods.

Ventura County Fusion, a minor league soccer team playing in the USL Premier Development League, while based in nearby Ventura, has held home games at Newbury Park High School in Thousand Oaks.

In the 1970s California Lutheran University served as the training camp location for the Dallas Cowboys. The CLU football practice field used by the Cowboys as well as the CLU Kingsmen football team was replaced by a large sports complex in 2006. The Cowboys Clubhouse in Thousand Oaks still stands across from the complex, and is currently a family residence.

Thousand Oaks lies in the heart of the Conejo Valley, with the city of Los Angeles to the east and the city of Ventura to the west. The city is served by U.S. Route 101 (Ventura Freeway), as well as State Route 23. Highway 101 runs through the city and connects it with Los Angeles and Ventura. CA Route 23 connects to the 101 near Downtown Thousand Oaks, runs north toward Moorpark and Simi Valley, and essentially divides the city in two. Thousand Oaks is also served by Thousand Oaks Transit (TOT), which provides public transportation in the form of shuttles and buses. TOT buses provide service to Thousand Oaks as well as some neighboring communities.

The city boasts many amenities that other cities of similar size lack; among these is a regional transportation center. The new facility offers bus and shuttle lines to Los Angeles, Oxnard, Ventura, Simi Valley, and Santa Barbara via the VISTA, METRO, and LADOT bus lines. In addition to being a transfer station from Los Angeles and other nearby cities, it also serves as the primary station for TOT buses. 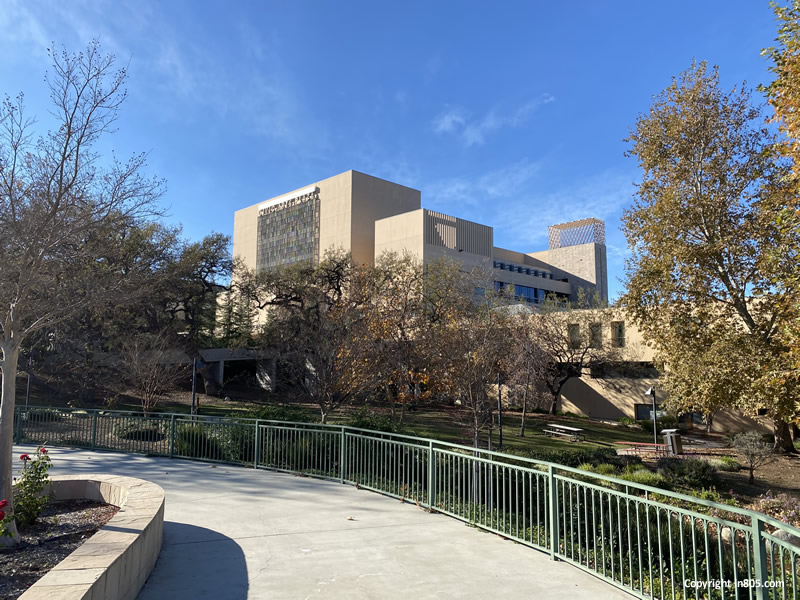