Simi Valley is an incorporated city located in the southeast corner of Ventura County, California, bordering the San Fernando Valley of Los Angeles in the Greater Los Angeles Area. According to the United States Bureau of the Census estimate, the city had a total population of 118,687 in 2005.

Simi Valley is presently known as the home of the Ronald Reagan Presidential Library. It currently ranks as the seventh safest U.S. city with a population between 100,000 and 500,000 but has been ranked most safe in the same class in many prior years. The city gained notoriety as the location of the infamous 1992 trial of the four Los Angeles Police officers accused of beating Rodney King that sparked riots in Los Angeles on April 29, 1992.

In some past instances the hills surrounding Simi Valley were chosen as locations for religious and communal cults such as Pisgah Grande, the Blackburn Cult and the WKFL Fountain of the World led by Krishna Venta. Charles Manson and his 'family' lived at the Spahn Movie Ranch on the east side of the Santa Susana pass road near Chatsworth, an adjacent neighborhood within the city limits of Los Angeles. 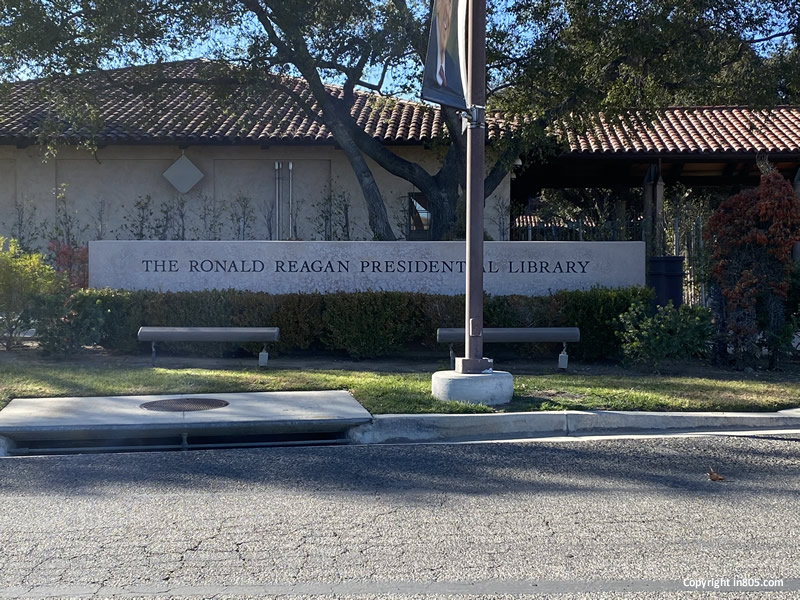 According to a 2006 estimate, the median income for a household in the city is $85,369, and the median income for a family is $89,701. Males have a median income of $51,003 versus $35,237 for females. The per capita income for the city is $26,586. 5.8% of the population and 3.9% of families are below the poverty line. Out of the total population, 6.2% of those under the age of 18 and 7.2% of those 65 and older are living below the poverty line. Once depicted a community of farmers and blue-collar workers, Simi Valley since incorporation in 1969 became an affluent suburban community after three decades of housing development and economic growth. Home values in the city's western section, the communities of Wood Ranch and Tierra Rejada are worth over $600,000 as of 2006, much higher than in the late 1980s and 1990s. The Bridle Path, a community adjacent to Wood Ranch, is recognized for its dedicated horse trails and abundant land.

Local
Simi Valley's government uses the "Council-Manager" form of government. This means that the city council is composed of one mayor, elected every two years, and four council members elected for four year terms. The city council appoints both the city attorney and city manager, who heads the executive branch of the city government. The city manager appoints the various department heads for the city, and acts as the city clerk and city treasurer.

The city operates its own police department, and contracts with the Ventura County Fire Department to provide fire protection services. There are five fire stations within Simi Valley, and the city recently built a state of the art police station.

Pre-Colonial Period Simi Valley was once inhabited by Chumash Indians. Along the coast they had an abundant supply of fish from the ocean. They ate seeds from sage, acorns from the oak trees, berries, and small animals. They were very skilled in making wooden bowls. Some writers think that the name of Simi Valley came from the Chumash word "Shimiji", meaning "Valley of the Winds."

El Rancho Simi was the earliest Spanish colonial land grant within Ventura and Santa Barbara Counties. It was one of the largest lands, but later when Mexico became independent from Spain, land was handed out much more freely. The small colonial town known as "Santa Susana del Rancho Simi" thrived in the late 19th century and had a Spanish-speaking majority, but many Anglo-Americans arrived to settle lands into farms, orchards and groves dominated the valley's landscape until the 1970's. For a brief time, its postal address was known as Simiopolis, though it was soon shortened again to Simi by 1910. The first public school was built in 1890 in the northeast but was torn down in 1926. There was also a great deal of destruction caused by a flood in 1952. The city incorporated as Simi Valley in 1969, when the area had only 10,000 residents. In 1972, Boys Town West was founded in the eastern end of Simi Valley. The youth camp/home facility is based on an older larger one in Boys Town, Nebraska.

On November 26, 1991 Judge Stanley Weisberg of the California Court of Appeals selected Simi Valley as the venue for the case against four officers of the Los Angeles Police Department. The officers (Stacey Koon, Laurence Powell, Timothy Wind, and Theodore Brisenio) were accused of using unnecessary force in a March 3, 1991 beating of an African-American motorist "Rodney" Glen King. The case known as the Rodney King Trial was based on footage recorded on home video recorded by a bystander (George Holliday). The now famous video was broadcast nationally and caused tremendous response because the beating was believed to be racially motivated. On April 29, 1992 a Ventura County jury (made up of ten whites, one Hispanic, and one Filipino-American) acquitted three of the four officers (Koon, Wind, and Brisenio) and did not reach a verdict on one (Powell). The acquittal led to the 1992 Los Angeles riots and mass protest around the country.

Southern California has a high fire risk, due to hot weather and high winds. A 2005 fire started on September 28th and burned an estimated 7,000 acres (28 km²). On September 29th, the fire was estimated to be 17,000 acres (69 km²). More than 1,000 firefighters worked against the tricky combination of dry brush, low humidity and temperatures in the high 90s along the line that divides Los Angeles and Ventura counties. About 45 evacuees gathered at Canoga Park High School in the San Fernando Valley where the Red Cross had set up cots and provided meals. One firefighter was struck on the head by a 40-pound boulder and was taken to a hospital, officials said. The fire was later brought under control and extinguished, without serious injury. Three homes were lost in outlying areas, but none within the city limits.

The Ronald Reagan Presidential Library in Simi Valley Simi Valley is home to two California Historical Landmarks: NO. 939 Twentieth Century Folk Art Environments (Thematic) - Grandma Prisbrey's Bottle Village -This fantastic assemblage is one of California's remarkable Twentieth Century Folk Art Environments. In 1956, Tressa Prisbrey, then nearly sixty years old, started building a fanciful 'village' of shrines, walkways, sculptures, and buildings from recycled items and discards from the local dump. She worked for 25 years creating one structure after another to house her collections. The Mosaic Walkway is embedded with thousands of treasures—tiles, shells, doorknobs, irons, car ornaments, jewelry, dishware, scissors, guns, toys—everything imaginable that creates a timestamp of 1950s post consumer waste. Originally, Bottle Village had more than 13 buildings and 20 sculptures. Although severely damaged during the 1994 Northridge Earthquake, it was placed on the National Register of Historic Places in 1996. It is located at 4595 Cochran St, Simi Valley. 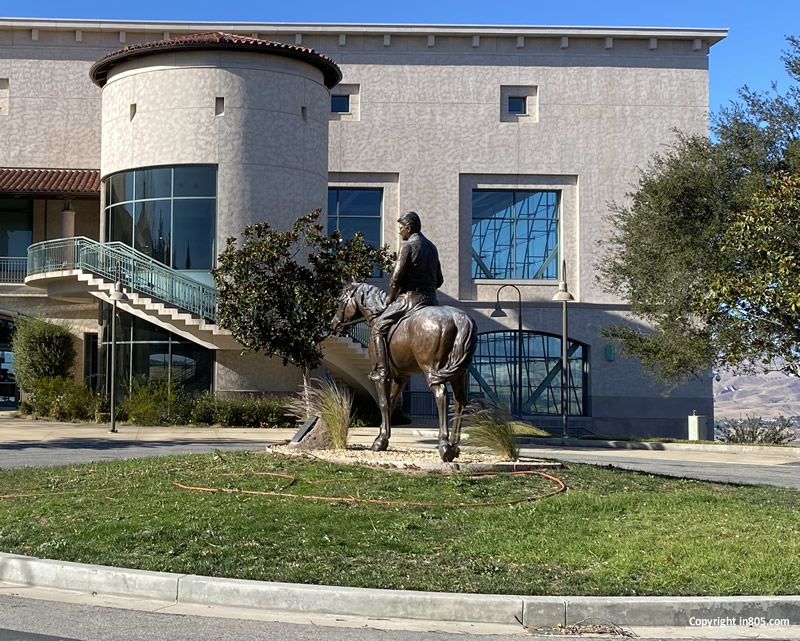 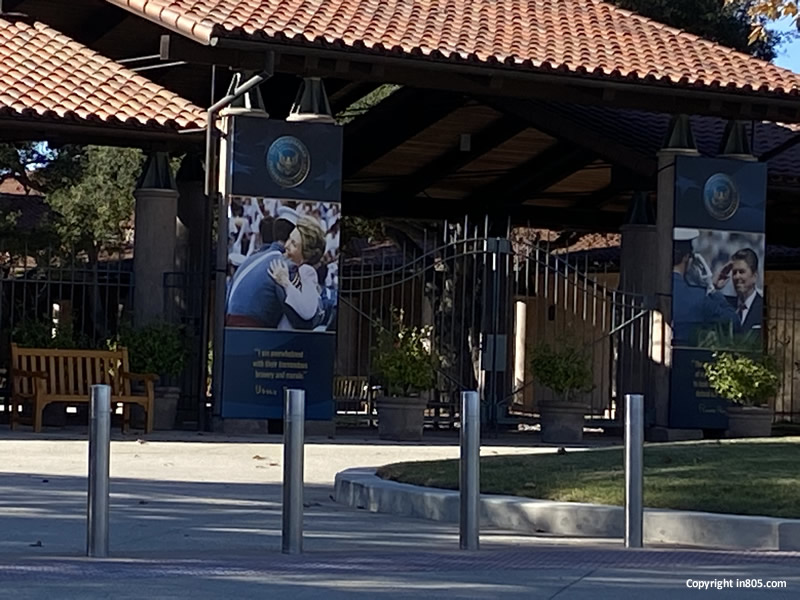 NO. 979 Rancho Simi - This is the site of the headquarters of the Spanish Rancho San José de Nuestra Senora de Altagarcia y Simi. The name derives from 'Shimiji,' the name of the Chumash village here before the Spanish. At 113,000 acres (457 km²), Rancho Simi was one of the state's largest land grants. Two prominent Spanish and Mexican family names are connected with the Rancho: Santiago Pico who first received the grant, and José de la Guerra who purchased the Rancho in 1842. Two rooms of original adobe remain, part of the Strathearn home built in. Location: Robert P Strathearn Historical Park, 137 Strathearn Place, Simi Valley. Listed on the National Register of Historic Places: NPS-78000825 Simi Valley is also home to the Ronald Reagan Presidential Library, which has been visited by more than 1 million people since it opened. After a major state funeral in Washington, D.C., President Reagan was buried at the library in June 2004.

"Cali House," started by five young boiz, contributed to Simi's night life and social events. The name originated from a joke related to screen names on AIM (caligurl, caliboi222, and other screen names commonly created and used during the 90's cyberspace social boom). The house has been home to many young people and a place to party for many others. It is well known by law enforcement-- as one officer said when breaking up a party, "I know this is Cali, but you all need to clear out."

In 1905, the longest train tunnel in the United States at that time was completed at the east end of Simi Valley. Tunnel #26 still stands today linking Simi Valley and the San Fernando Valley. Simi Valley Station is used by Amtrak and Metrolink and is located at 5000 Los Angeles Avenue, west of Stearns Street. Simi Valley Transit buses stop on Los Angeles Avenue in front of the station. There are connections from Simi Valley north to Santa Barbara and San Luis Obispo, and south to Los Angeles, Orange, and San Diego Counties. These trains, as well as the buses, run 7 days a week and stop in Simi Valley several times each day. The Simi Valley station is unstaffed; however, tickets are available from automated ticket dispensers, conductors onboard the trains, travel agents, by telephone, or from the Amtrak and Metrolink websites.

In Simi Valley there are two main areas of industry--one in the eastern part of the city and the other one in the west. The primary industry is machinery and tools with 69 firms, and the secondary is the metal Industry with 51 firms, both situated in the eastern and western industrial areas. Other industries such as Lumber/Wood Products, Food, Plastic Products, Apparel/Textiles and Minerals, are also largely concentrated in these industrial areas. The Volkswagen of America Design Center was once in an industrial complex across from the Costco wholesale club near Madera and Cochran. The VW Design Center California or DCC, moved to Santa Monica, California in the spring of 2006. Such notable automotive designers as Jay Mays, now (2007) VP Design for Ford and Freeman Thomas, co designer with Jay Mays of the original Audi TT, once called the DCC in Simi Valley their place of work. The original concept for the New Beetle from Jay Mays, had its genesis there.

An aspect of Simi Valley's location, situated beside the Simi Hills, is that it lies in a high-risk area for the wildfires that sweep through Southern California's mountain ranges every few years. Simi Valley is also at risk for earthquakes. The valley is surrounded by earthquake faults; the closest ones being the Santa Rosa Fault to the Northwest, the Northridge Hills Fault to the Northeast, and the Chatsworth Fault to the South. In 1994, portions of Simi Valley received significant damage from the Northridge earthquake. The first ever nuclear meltdown in the United States occurred in the Simi Hills at the Santa Susana Field Laboratory while owned and operated by Rocketdyne. The site is currently owned by the Boeing Corporation. An experimental sodium cooled nuclear reactor released an unknown and unmeasured amount of nuclear fallout over Simi Valley in 1959. It is estimated to be the worst environmental release of radioactivity ever in the United States.

Simi Valley has 20 city parks and five county parks to preserve large swaths of open space in the nearby Santa Susana Mountains, locally known as the "foothills". The city boasts six golf courses and the Kanan Ranch home development has nature trails for hikers, bicyclists and equestrians to enjoy. Two collegiate baseball teams: The Simi Valley Senators and the California Oaks of the California Collegiate League in Thousand Oaks, provide sports action to local fans.